The 10th edition of the Beans Day was organized by Center for education and development - CED on 20 and 21st of September 2018 in Tearce, which was visited by approximately 600 citizens from several surrounding countries but also from also Europe.

This year the activity financially was supported by European Union funded project: “Regional cooperation and networking in the field of agriculture, rural and economic development of cross-border areas” implemented by East Europe and German Society for International Cooperation (GIZ) and in cooperation with the EuroNatur and Municipality of Tearce. 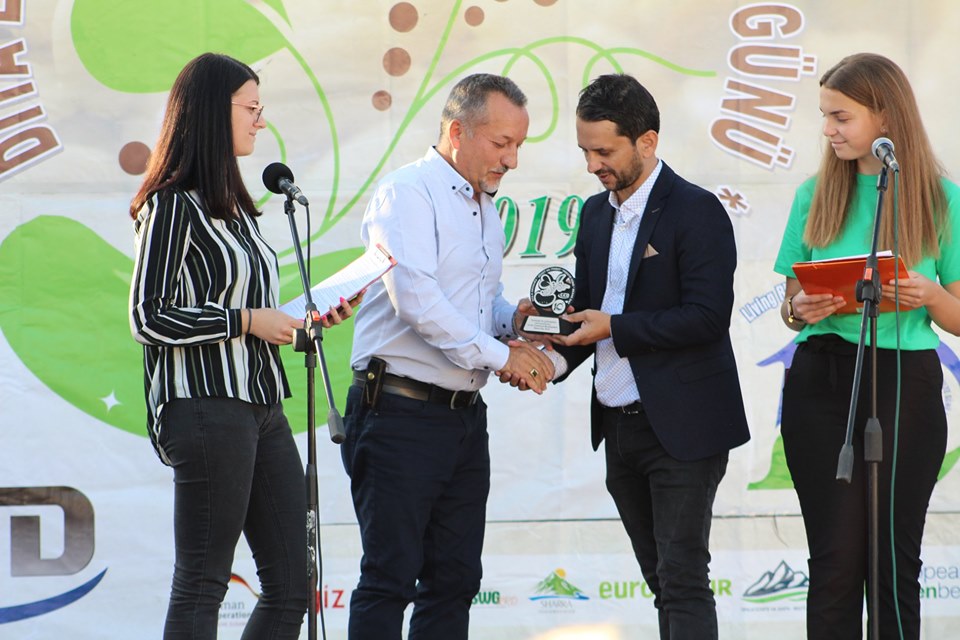 The general impression for this year was that the event already is brand, initiates different action in the region, promotes the agricultural values from the region and offer place for young people to be involved on different part of the activity. Additionally, this year in cooperation with the “Friends of Sharr” Platform we were celebrating the “Green Belt Days” together with partners from Germany.

Several national, regional and international TV reported for the event, and one documentary from the TV Liridon Asani was made with all members involved. This year the unofficial part of the manifestation started Friday 20th of September, on this day we projected the documentary through which we showed the 10 years of implementing of this event. This part was held on the school’s Gym Hall in Tearce.

The main day event was held on 21st September at the Tearce school stadium. The activity started at 10.00 am when the cooker started to prepare the main meal for the event – the traditional bean dish. He was supported by 5 volunteers all the time, and its preparation lasted until 16.00 when the bean was finally prepared and afterward served to the guests and the citizens. Before the main event, we wanted to give humanitarian focus for the event, and we organized from the Red Cross Macedonia, that their people will organize blood giving action which lasted from 14.00-15.30.

The main event was meant to start at 16.00, while the period from 10.00 am until 16.00 the staff of CED and 20 other volunteers were engaged to prepare the PR materials, preparing the banners, bringing the tables from another place, hanging the pictures from the other 4 events, organizing the guests, preparing the stands for the schools and supporting the preparation of bean and Alva meal. 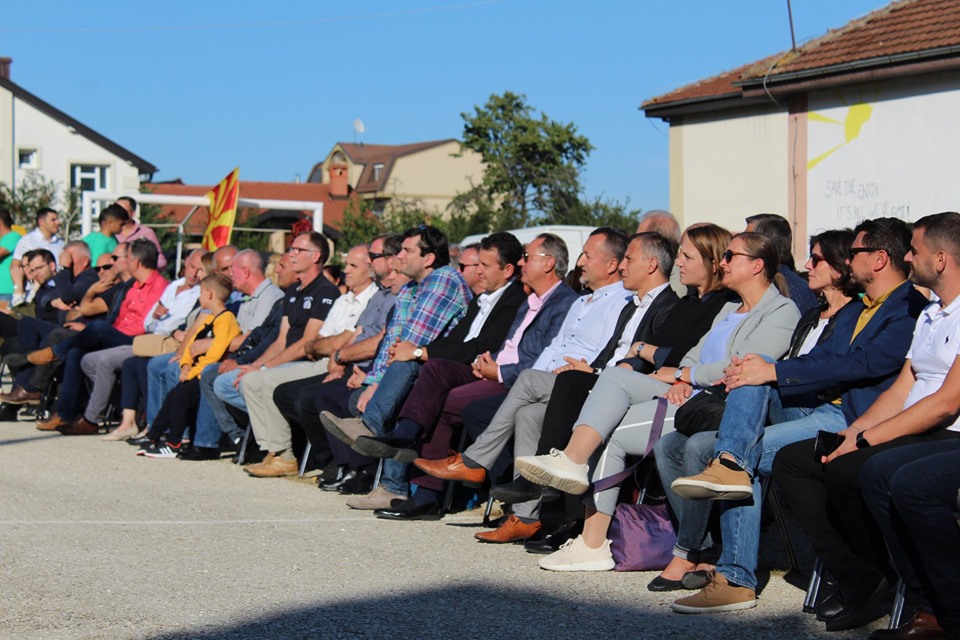 Cultural part, Performances by the Cultural and Artistic associations

During these part the visitors had chance to see the performances of the KUD “Kiril Pejcinoviq” (Macedonian folk group), KUD “Tearce” (Albanian folk group) and performance from “HIZMET” (Turkish NGO from Tearce). Each group performed traditional performances such singing and dancing. This part was very well excepted because the audience was mixed and they were feeling proud to see part of their culture in the scene performed by small children.

Defile to the stands and photo exhibition

After the cultural part the guests, representatives of SWG, EuroNatur and other guest officially were visiting the school stands, the preparation of the Bean and the different exhibitions. We had 7 primary school stands from the all schools located in the Municipality of Tearce, Jegunovce and Tetovo such: P.S. “Kiril Pejcinovic” (Tearce), P.S. “Faik Konica” (Dobroste), P.S. “Ismail Qemali” (Neraste), P.S. “Simce Nastovski” (Vratnica), P.S. “Eqrem Cabej” (Slatine) and P.S. “Bratsvo-Migjeni” (Tetovo). During this visit the guest were tasting the traditional products which prepared by the kids. Also, each school was presenting their preparations. Each school was consisted from 15 kids and two teachers.

Degustation of the Bean and Alva, Main part

The main part was servicing the all participants with the main meal the bean, the traditional alva and the food brought by schools. Approximately more than 500 people were served. In the end for the school directors the CED team prepared small gifts, branded Beans packages and certificates for the contribution of this event. 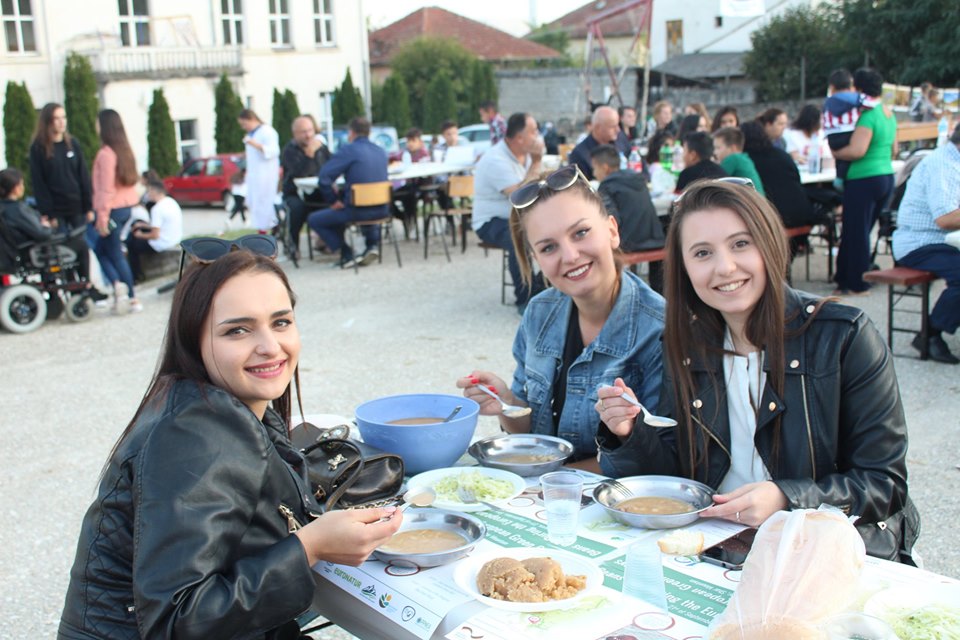 Sharra as part of the European Green Belt (School Hall)

Presentation by EuroNatur Germany, during this part there was presentation on topic: “Sharr Mountain Aquatic Treasures”, Professor Ivica Milevski, PMF, Skopje, Short video for "Friends of Shara" and Screening of the movie "Patagonia Movie Blue Heart".

The event was supported by Friends of Sharr Platform, which actively promotes regional cooperation because from 2015 through the SWG and Friends of Shara Platform (where CED is member) every year invites local producers from Kosovo, Albania and Serbia. Every year through with this activity we promote environmental protection, that why since 2015 we are inviting the” Friends of Sharr” platform, and they are giving different PR materials with eco messages such stickers, plate covers, we are planning also to continue with this in 2019. We are planning to get involved on the global campaign” Planet or Plastic”, through which we will give the message of using as less plastic as possible by involving kids from different schools. On the event we are planning to not use plastic, but only reusable letter and glass. For this we will cooperate with local and national companies such” PAKOMAK”, ”EKO FLOR” and other relevant institutions.

Also on this event for many years we are involving the” Sharra’s Friend” Platform, through which we are promoting the mountaineering tourism. This year except that the platform will have stand to promote the activities, we are planning the next day with the involved volunteers to organize hiking on” Tri Vodi”, a touristic place above Tearce. The Beans Day event it will be a right place for all that many tourists who will come and take info’s for further activities and promote the tourism in rural areas. The event has created brand, and every year we have guests from all Macedonia, but also from Kosovo, Serbia, Albania and through the different foreign volunteers we will have guests from Turkey, Germany.

From its beginning we are planning to involve 20 volunteers on which we will recruit more women’s so that we promote also gender equality, they will be involving on each part of organizing the event, assisting, bringing chairs, tables and servicing. With this we want to promote volunteerism as value in society but wider also. In general, for 10 years we assured that if there is local brand promoted by a local grassroots organization, where young people would be involved without having in mind the ethnic and other background sustainable activities could be done.

Link for the “Documentary for 10th Anniversary Beans Day”