On 20.07.2020 The Center for Education and Development - CED in cooperation with the Ministry of Environment and Physical Planning (MEPP) and the United Nations Environment Program (UNEP) organized an online ZOOM meeting with NGOs on "Next communication steps in the process of declaring Sharr Mountain for a national park."

the Minister of MEPP, Representatives of UNEP, CED, Macedonian Ecological Society, as well as the Public Relations Office at the MEPP addressed the meeting.

The Minister of Environment Naser Nuredini expressed great gratitude for the interest and support that the civil society sector gives to the process of declaring Sharr Mountain a protected area, emphasizing the importance of the partnership that the institution is building with NGOs. Nuredini pointed out the fact that only with joint forces and capacities will we be able to protect Shar Mountain by ensuring sustainable management of this natural wealth. He said that the Ministry will give all support to ensure public participation, but that now the message about the benefits of declaring Shar Mountain a national park is in the hands of NGOs, which know the terrain and the local population of Shar Mountain and have a rich experience gained by implementing a number of projects so far.

The president of CED, Metin Muaremi in his introductory speech expressed his apreciation for giving the role to CED as implementing organisation which for more then 10 years is active in the field of raising awareness, lobbying and creting partnerships for promotion of Sharr Mountain as naional park. Muaremi pointed out his believes that with this step the wild loggers in the mountain will finally stop and many opportunities for employment, entrepreneurship and eco- tourism especially for the young people in the rural areas will be generated.

During the meeting, the public campaign for declaring Sharr Mountain a national park was announced and presented, which is supported by UNEP, and will be implemented by the Center for Education and Development with involvement of other organizations from the "Friends of Shara" platform. The Memorandum of Cooperation was also presented, which was signed by the MEPP with a series of NGOs and is open for accession, in order to provide a framework and visibility of the cooperation needed to successfully complete the proclamation process, but also to ensure protection. realized in the field.

In order to ensure a high degree of transparency of the process, a special subpage has been opened on the website of the MEPP where the documents related to the process are published.

A detailed communication plan for the campaign and other relevant process documents are available at the following link:http://www.moepp.gov.mk/?page_id=22568&fbclid=IwAR024PaViqvbMd9JzqbrcKZ4CcJKTrPURhBQ38a53I_d99z2i-8MTFz5nvY 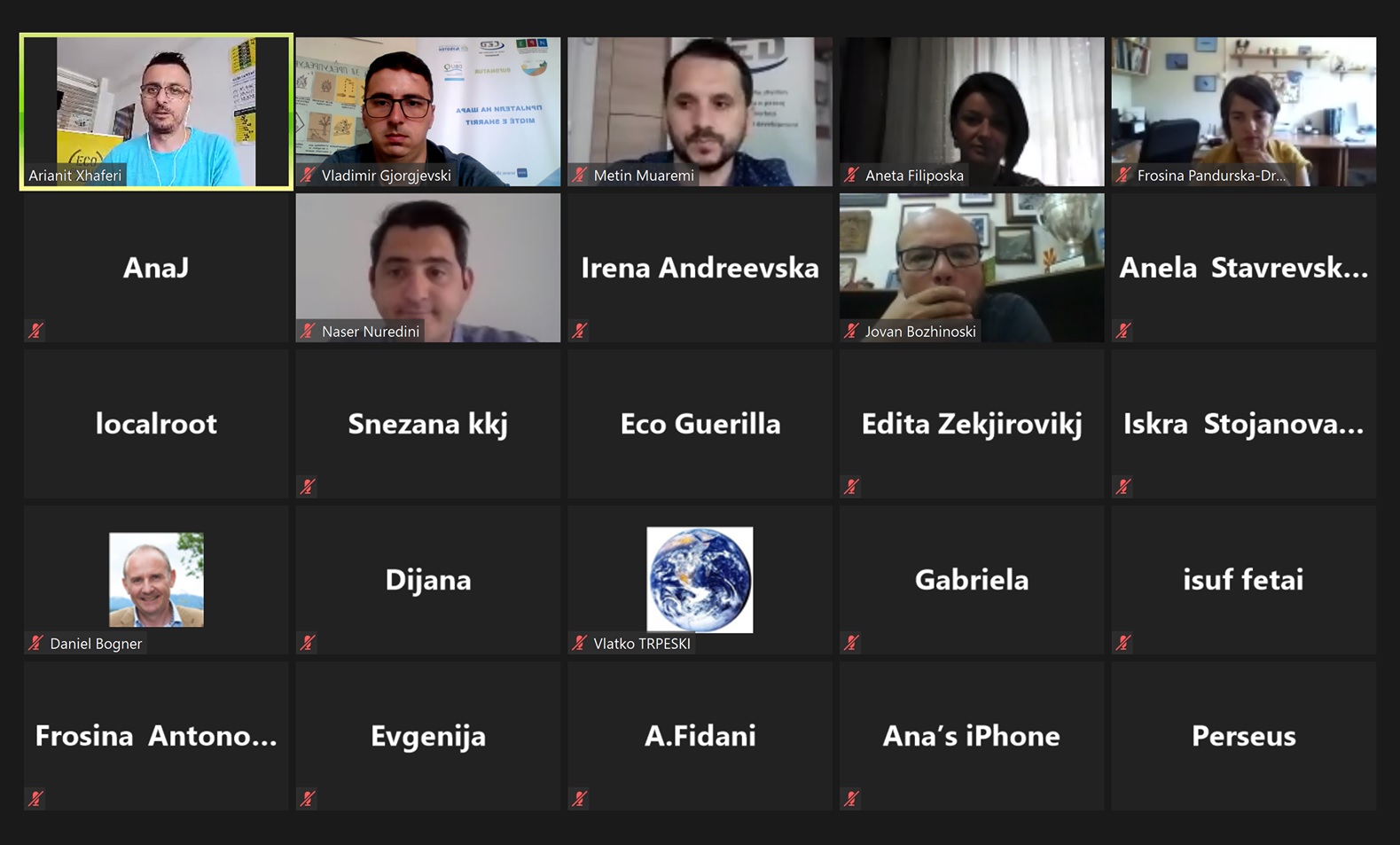 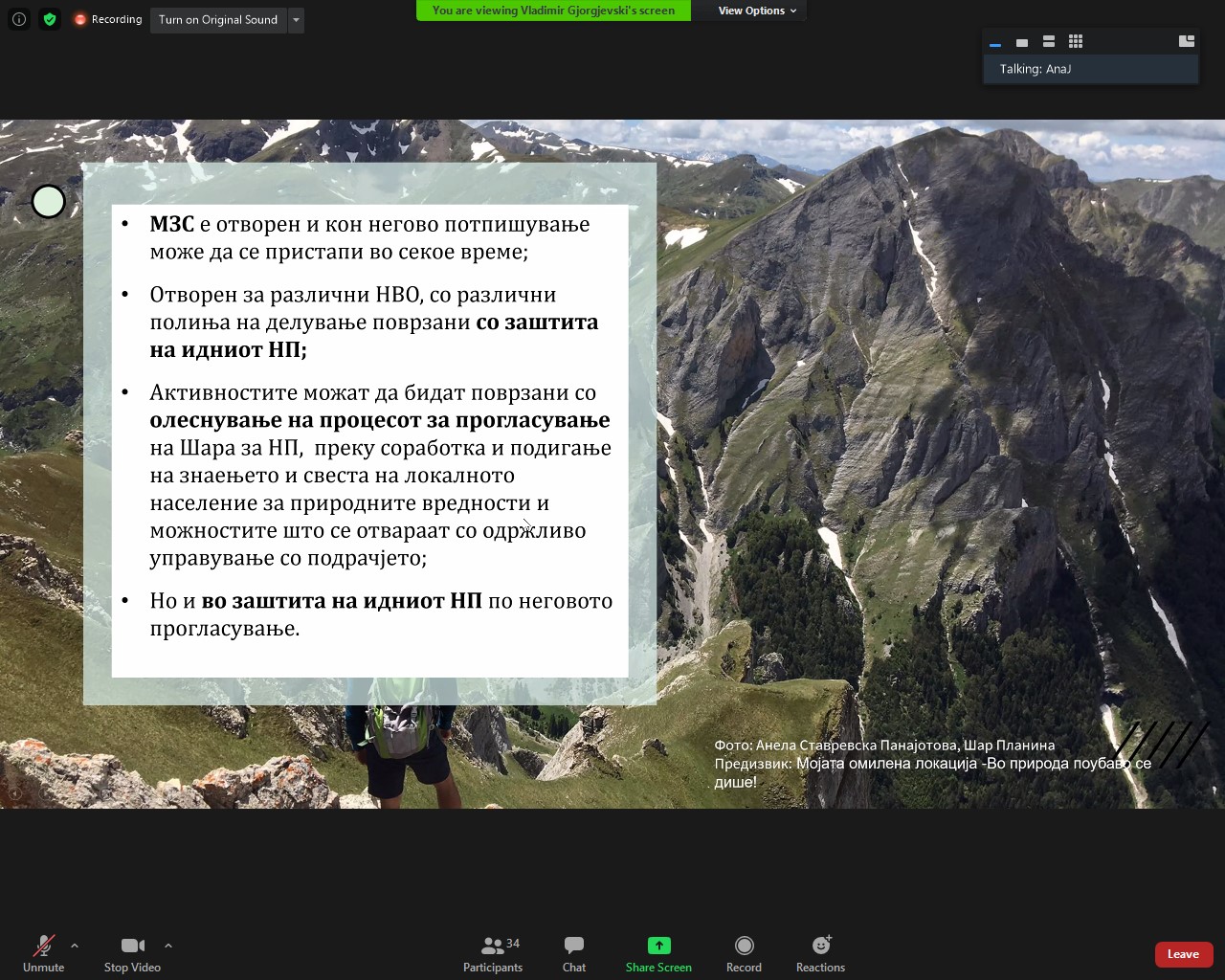 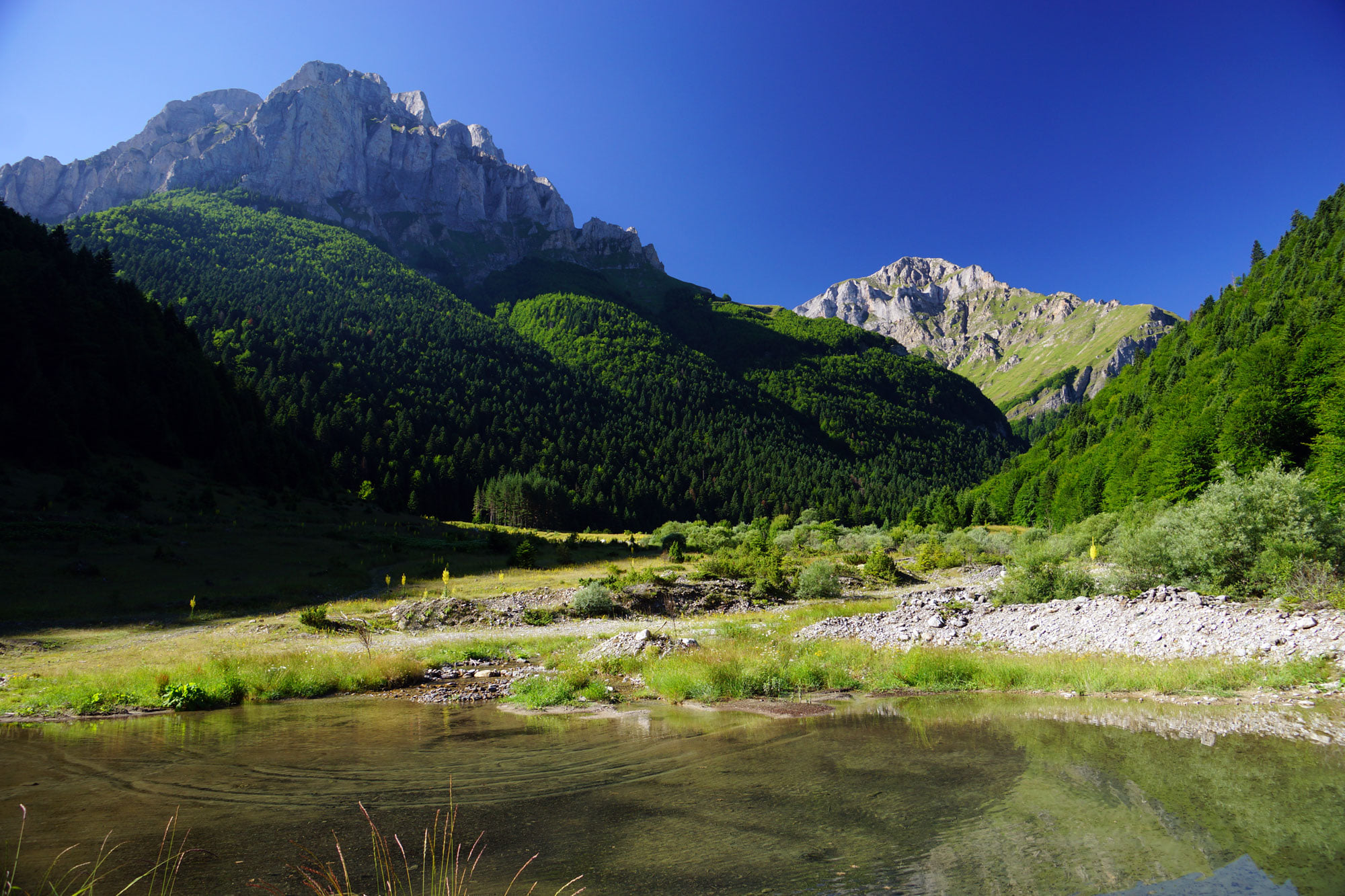