Center for education and development – CED in cooperation and partnership with Forum CSRD – Skopje, for 18 months worked in implementation of the project “Networking and advocacy of local communities in RM”, financed from CIVICA MOBILITAS Programme. The goal of the project was to advance the process of decentralization in RM through networking and advocacy of local communities.

In the frame of the project were established 16 civil society organizations (CSO’s), 6 network of CSO’s in territory of planning regions and one National network of CSO’s, were members are more than 25 organizations. Three two days trainings were organized for the representatives of CSO’s, where they gained skills for managing with organization and how to apply in different projects which are related with their needs and problems. In the frame of the trainings we developed 12 ideas, which were mentored from experts, and 10 of them were applied in different open calls. We finished the project activities with final conference, organized on 21 of December in EU Info Centre – Skopje. In the conference speech had the Minister for local self-government, Mr. Suhejl Fazliu and the executive director of MCIC and national team leader of CIVICA Mobilitas, Mr. Aleksandar Krzhalovski. Their presentations in the conference had Prof. Dr. Rizvan Sulejmani,Mr. Borjanco Micevski – Mayor of Municipality of Kriva Pallanka, Mr. Zoran Jachev – expert for decentralization and Slagjan Penev – Еxecutive Director of Forum CSRD. In the conference were present also the Mayor of Municipality of Tearce and Municipality of Bogovinje, representatives of Ministry of local self – government and representatives from Local communities.

Other medias for the event: 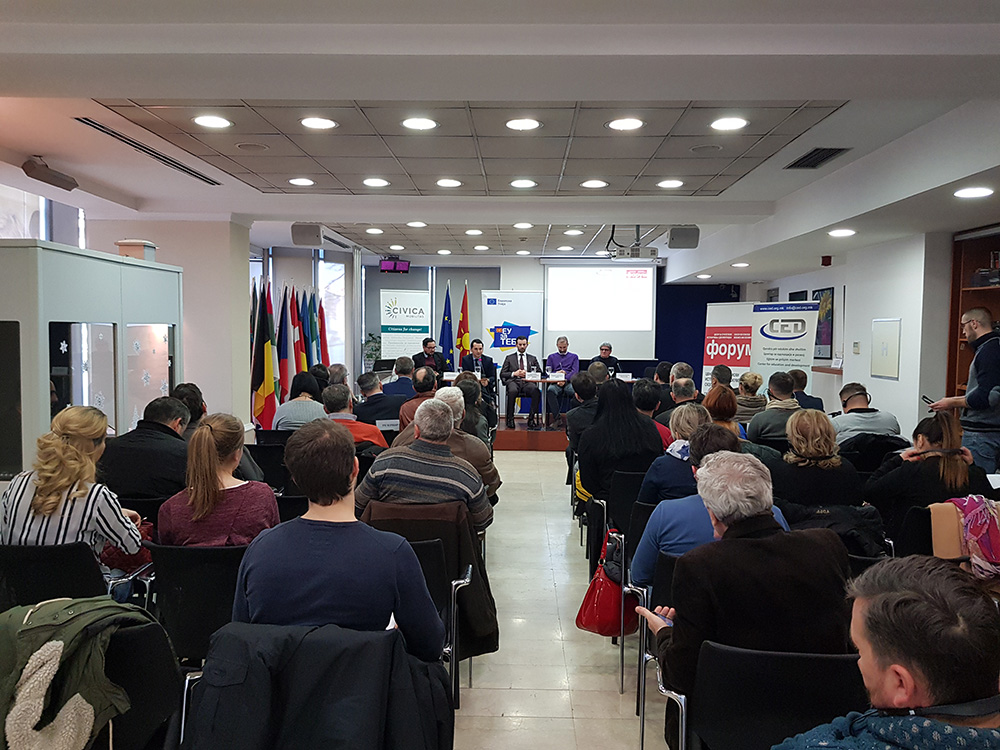