Chat and Coffee with Successful Entrepreneurs

Chat and Coffee with Successful Entrepreneurs

The Center for Education and Development - CED within the project 'Info Youth Club - Tetovo' supported by UNDP, last Friday, May 25 at the SEE University, organized the event "Chat and Coffee with Successful Entrepreneurs" first edition with panelists such as Mia Morina, Gëzim Qaili, Llokmani Musliu and Sadik Abdirahimi.

These young successful people from the business sector shared their experiences with students about their paths to success, the knowledge they gained and informed young people about the skills and qualities required for successful entrepreneurship in the economy and today's market. The event had an educational character in the informal aspect where the panelists told their success stories in front of young people from the Polog region and wider.

On behalf of the South East European University (Tetovo), and the Faculty of Contemporary Social Sciences, Professor Merita Zulfiu-Alili also thanked the participants. She on behalf of the Faculty of Contemporary Social Sciences expressed the readiness of this educational institution to continue in support of such projects for young people. The event was also honored by the presence of the director of public activity in Tetovo, Mr. Ahmed Qazimi, who in his capacity as chairman of the Socio-Economic Council, spoke about the support that institutions give to young people in overcoming the challenges faced by young people. He also asked young people to listen to more success stories to motivate them to be successful entrepreneurs in the future. 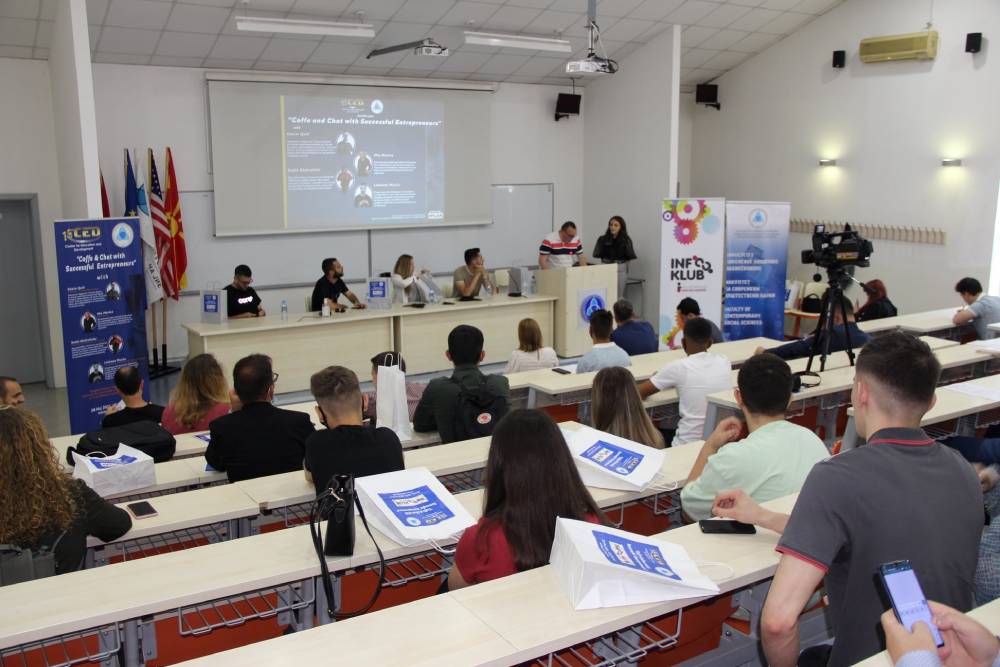 Mia Morina an event planner, Gëzim Qaili founder of “Coreup Digital Agency”, Lokmani Musliu founder of “Lucky Media” and Sadik Abdirahimi manager at “Peaktrip” told their success stories and the challenges they encountered in their beginnings. In addition to the formal presentation of success stories, panelists and attendees had the opportunity to talk more closely and extensively about their work. This event differed from the others because over 60 young people from the Polog region listened closely to how young people can become successful entrepreneurs. They had the opportunity to share their ideas and talk about the challenges with the criminals. Many young people also heard about the obstacles that had been presented to our speakers, so they paid attention that the same in the future do not affect them too. The panelists motivated them even more with specific stories and not previously told in public. The exchange of ideas for most young people motivated them to follow a path to success in the future.

“I am very pleased as always with the events you do as CED within the “Info Club”. I was extremely motivated by the stories that the guests share with us. I also had the pleasure of talking to Gezim and Lockman in person. They also gave us some very valuable tips and information. However, I would like events like ‘Coffe and Chat’ to happen more often.”, says Merita Muradi, participant on the event and a student from Tetovo.

For Don Murtezani, an activist from Tetovo the "Chat and Coffee with Successful Entrepreneurs" event, which was organized by CED in collaboration with the Faculty of Contemporary Social Sciences, was an impressive event and he liked it immensely. What he liked most was the part where we could sit down with the panelists and ask them in details about their journey and how they got to where they are today. He hopes that in the future there will be such events so that everyone can use this opportunity, because it is really worth it.

Young people demanded that such events should be organized more often and learn more about successful people in the country. At the end of the event, gratitudes were given for the panelists and guests as a sign of respect for their participation and supporting during the whole process.
Link to <VIDEO> 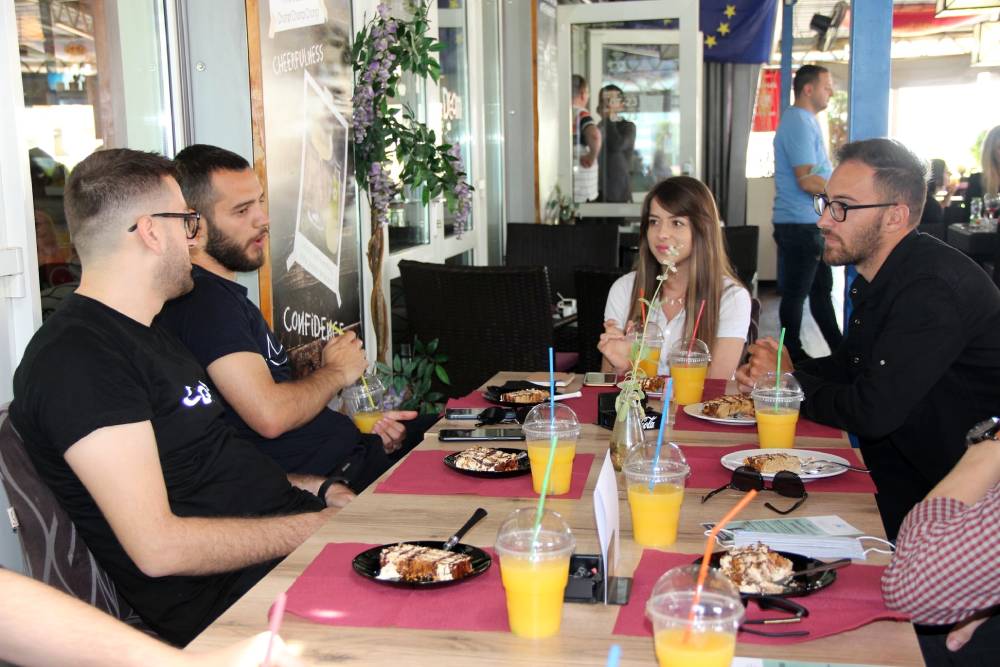 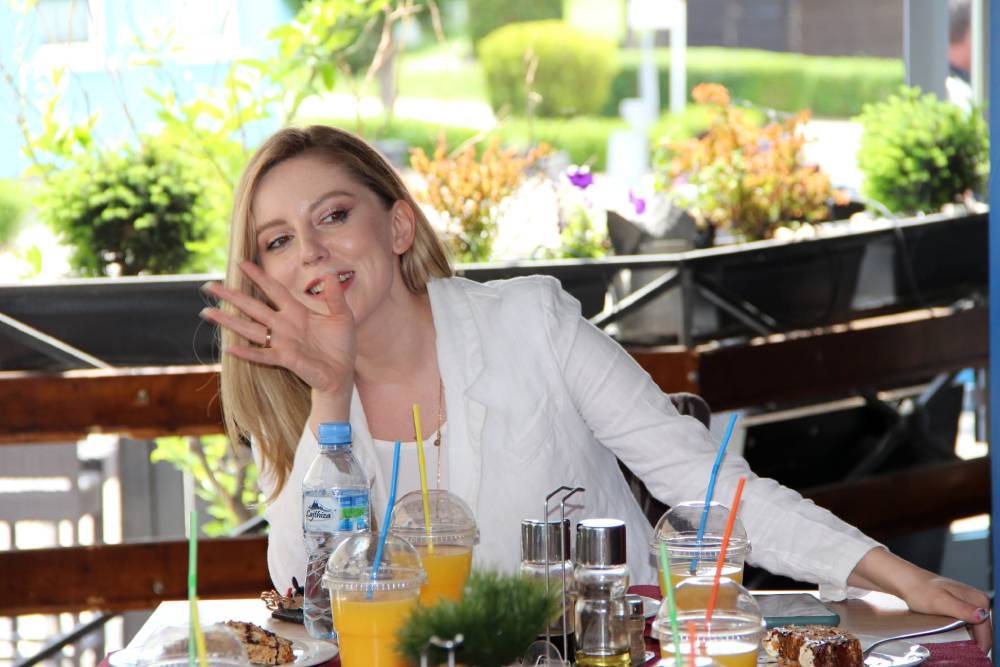